What is your new year resolution?

Your chances of achieving them are as low as 12%, so why set yourself up for failure?

Either pray to the God Janus or consider the alternative approach here.

History of the New Year Resolution

Making New Year Resolutions is not new, it is believed that as far back as 4,000 years ago the Babylonians started making them to please their gods. Their New Year began in March when spring began and crops were planted. 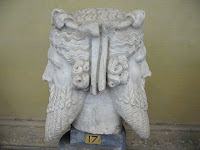 This filtered over into the Roman era where resolutions became more about good conduct. The most known god to receive these promises was Janus, the god of beginnings and endings. A chance to reflect on the past year and look forward to the new year. It is commonly believed that the month of January was named after Janus.

In the Medieval era, knights took the “Peacock Vow (Les voeux du paon) at the end of the year “to re-affirm their commitment to chivalry” (Ancient Origins). Apparently, medieval knights would place their hands on a live or roasted peacock and recommit themselves, for the next 12 months, to the ideals of chivalry.

Whilst chivalry might not be dead, it certainly fails to find its way on to the Top 10 of modern day resolutions.

Here is one view according to Neilson.

Some 80% of resolutions are to do with your own self improvement.

Today you make a promise and, unless you have placed a bet with your partner, family or friend, you have little to lose. The Babylonians made promises to their gods and believed that if they failed it would put them out of favour with their gods and crops may fail or life may get worse or they would be cursed. A study by Richard Wiseman in 2007 suggested that 88% of the people involved in his study failed to achieve their resolution.

The reasons for failure according to an Australian survey are :

Certainly in Australia it seems your age has an impact too.

Generation X (35-54) struggle the most with achieving resolutions and normally within 3 months of starting, partly because they had no plan or did not share them.

Baby Boomers (55-74) were the highest group to fail achieving them.

Life is tough enough, so why set yourself up for failure. Yes failure is a good way to learn things but at least give yourself a reasonable chance of success and 12% is not good odds.

As most of the resolutions are based around your health and cultivating your mind, it is in your own interest to do this on a daily basis and be part of your natural attitude to life.

For example, a common resolution is to lose weight. You are in this situation because of the lifestyle you have led so far.

Making a promise to lose weight is just a promise. The reality is you need to change your lifestyle. This is a change that will take time, perhaps more than a year.

Diets may achieve a short term gain but are renowned for putting weight back on again very quickly. If you change your eating habits then this will become part of your daily routine and no need to make promises or monitor plans.

Ahh I hear you saying, but surely its down to having a bit of willpower. Those that fail probably don’t have a strong motivation.

Researchers like Professor Baba Shiv at Stanford University believe that the brain area largely responsible for willpower is the prefrontal cortex, which is also in charge of keeping us focussed and handling short term memory. The belief is that the prefrontal cortex is like a muscle in that if you overload it, it tires.

Roy F. Baumeister research (Where has your willpower gone?) supports this point and  suggests that practically, what this means is that, each time you practice self control it becomes less effective and your prefrontal Cortex tires. So in our weight loss example, as you keep trying to not eat that burger or drink that beer, eventually you resistance fails.

Fine, you may be thinking, so what should I do. Well if you really want to make a New Year’s Resolution then make it this.

1,301 thoughts on “The New Year Resolution that Everyone Should Have”